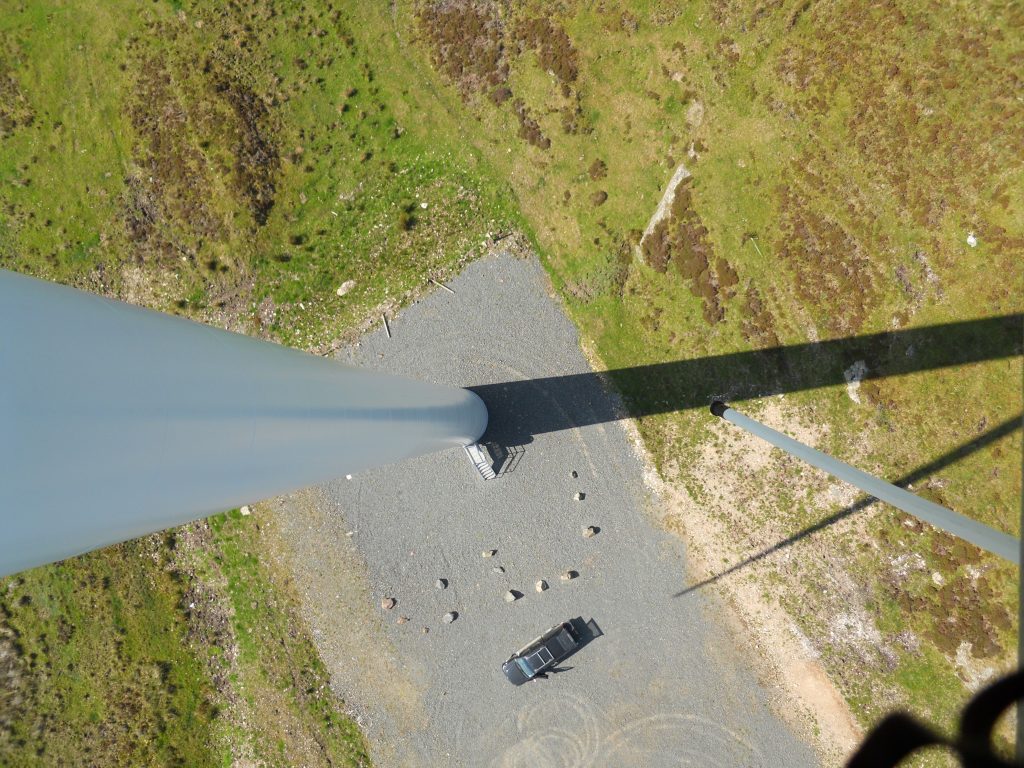 The Greenman ecological team were contacted by an ecological company based in the south west, concerning a challenging job to install bat detectors within the head units of several wind turbines. The site was based in south west Scotland and was part of an ongoing research scheme to better understand the impacts of wind turbines on bat flight paths and mortality rate.

The research required several bat detectors to be installed within the head units of the wind turbines which required rope access (IRATA) certified personnel. Our licensed bat ecologist is also a level 1 certified IRATA technician which allowed for an easy transition in skills. GM worked closely with the head of the research team and the turbine operators to come up with a suitable method of installing the detectors. The detectors had to gathering data sufficient for the research and ensure an uninterrupted operation of the turbines. Two detectors were installed; one in the head unit and the second at ground level. This ensured a large field of detection was achieved to gather as much data as possible from commuting/foraging bats.

The project was funded by DEFRA now known as the Department of Energy & Climate Change (DECC) http://randd.defra.gov.uk/ and Renewables UK www.renewableuk.com, whom are leading the way to ensure greener energy solutions without compromising on conservation. The scheme was a success and is still ongoing today to ensure improvements are made to reduce/eradicate bat mortality around wind turbine sites. 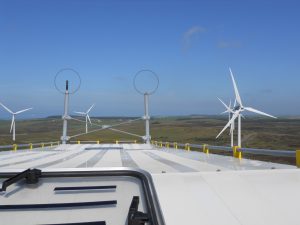 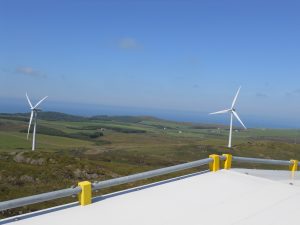