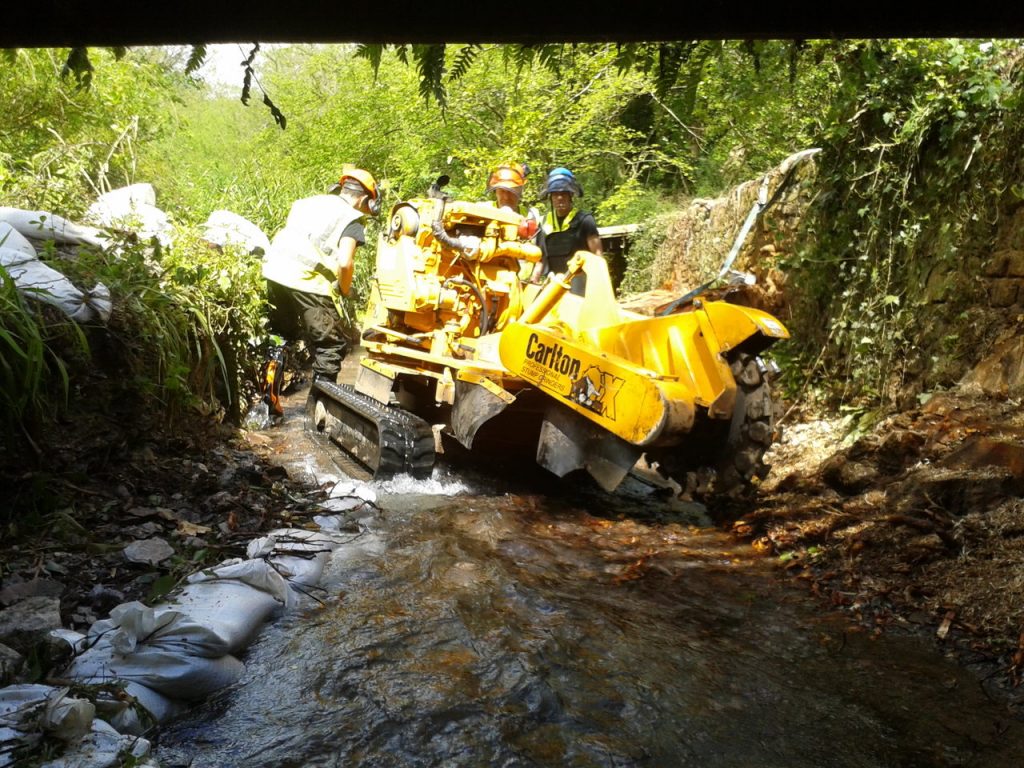 We were asked to look at one of the tributaries of the Washford River at Roadwater. Wessex Water had been approached by the Environment Agency flood prevention officer to look at the river bank scours which were developing through this section of the river.

A private residence would also be effected by the increased risk of flooding. GM Marine were contracted to provide a solution. The area geology was loose and friable shale rock which eroded easily with water motion. The river course was being altered by a silt ledge with Alder trees growing on it, this was causing a large undercut scour to develop in the property garden. The first issue was to remove the trees, this was carried out by a tree surgery team from Greenman.

A silt trap was installed further down the river to contain any materials from the works. A coffer dam was installed to temporarily alter the flow course, GMM air excavated the silt ledge which comprised of silt and loose rock fragments. The specialist equipment uses air and water to vacuum the particles through a transfer pipe and blows the material into the scour creating a natural fill to the river bank.

GMM then lowered a 2.5t tracked stump grinder into the river to work along the bed removing the stumps. The machine was guided my remote control from the rivers edge by Greenman operatives. The grinder had to inch its way along the river bed and work next to a historic drystone wall.

The works were all completed to program and on budget and the results were `incredible’ according to the client. 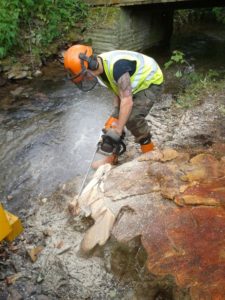 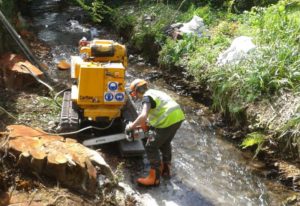