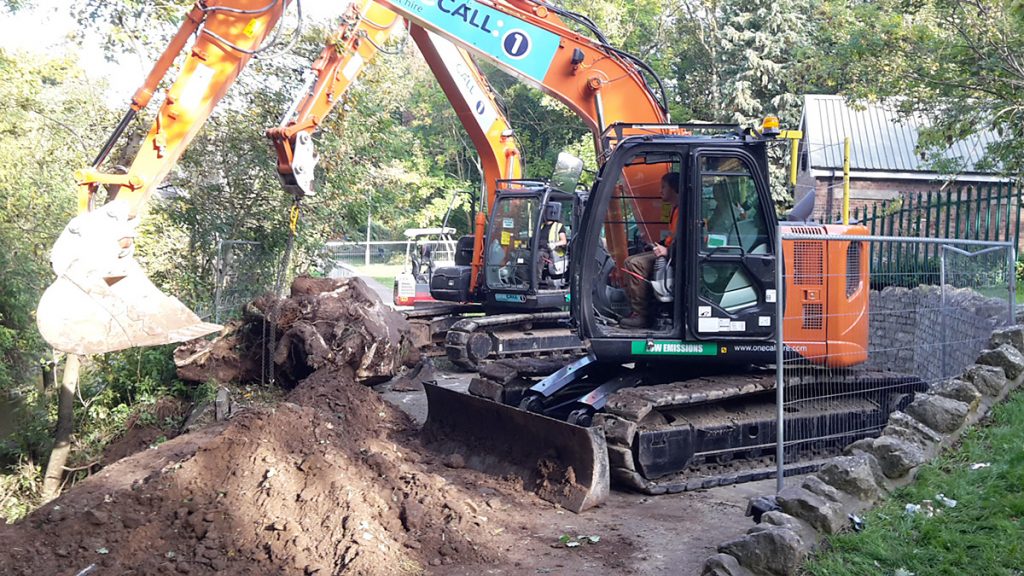 Following a storm a large Poplar tree growing on the bank of the river Chew in Keynsham was blown over into Memorial Park. The root plate heaved and displaced a large amount of soil from the bank. Greenman dispatched an emergency tree team to the park and removed the tree which was lying across a public foot path.

Due to the time of year the river was in flood and the waters were rising. GM Marine were asked to remove the 6t root plate and make emergency repairs to the river bank to limit the erosion about to be caused by the flood water. GMM liaised with the Environment Agency and provided a method statement and risk assessment. A coffer dam was installed to manage any potential pollution from a silt spill and protect the GMM staff.

Two 13t excavators with bio-oil lubricants were delivered to site and were used in tandem to lift the root plate from the bank edge. The excavators graded the river bank to provide a stable surface and GMM operatives used rope and harness techniques to work safely placing over 100 sand bags to form the temporary protection.

The 6t root plate was broken down into small pieces using our cone timber splitter fitted to the excavator which were then removed for further recycling. 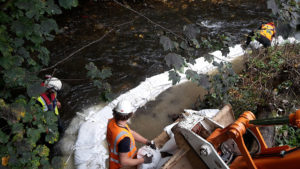 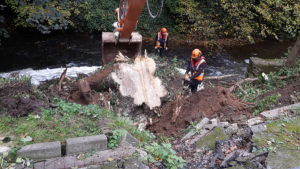 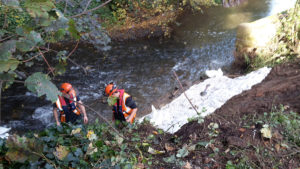 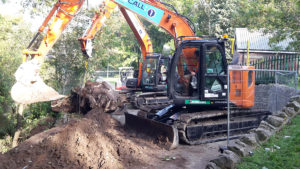